A citizen’s race with nearly 2,500 participants will take place following the elite race and utilize the neighborhood streets of Summerhill as well as Cheney Stadium to cover its 5K course. 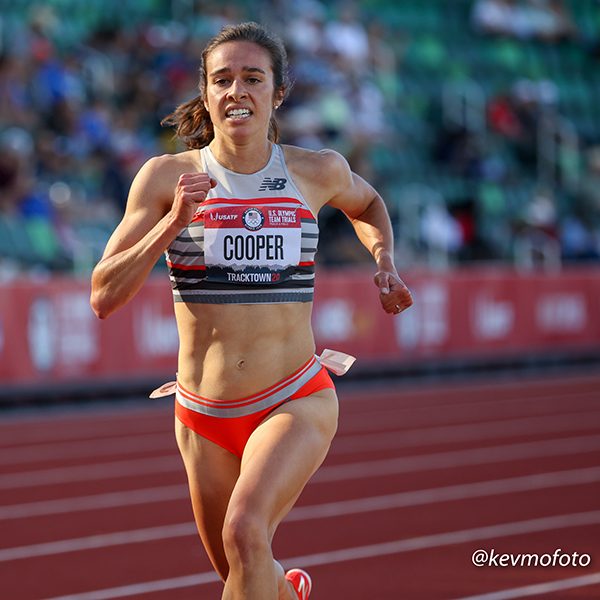 Fan-friendly Race to be Held Prior to Citizen’s Event

ATLANTA – March 21, 2022/SPORTSWIRE WOMEN/ – Olympians, a defending NCAA Champion and hometown stars will headline the first ever elite field at the Northside Hospital Atlanta Women’s 5K. Atlanta Track Club announced the all-women’s lineup today that will race on the streets of downtown Atlanta and Summerhill on Saturday morning.

Abbey Cooper (United States) and Dom Scott (South Africa) have among the best 5000m personal bests in the field. A 2016 Olympian, Cooper thrilled track and field fans at last summer’s U.S. Olympic Trials when she ran a solo effort 15:07 in the semifinals to achieve the Olympic standard. Although she ultimately placed fourth in the finals, Cooper came back to Hayward field in August to run a personal best time of 14:52 at the Prefontaine Classic. Saturday will be her first race since that performance.

“So looking forward to kicking off my racing season in one of the most historic running cities in the country,” said Cooper, whose heroic finish after falling in the 2016 Rio Olympics made international headlines. “Last time I was in downtown Atlanta I was cheering for the U.S. Marathon Trials. I’ll be channeling that same spirit for the 5k next weekend.”

“I’m really excited about how the year has started, being fit, healthy and running two races I’m proud of,” said Scott, a two-time NCAA Champion in 2016 at the University of Arkansas. “I’m looking forward to continuing the momentum to the Atlanta Women’s 5km this weekend.”

Scott won’t be the only NCAA Champion in the field. Whittni Morgan, the 2021 NCAA Cross Country Champion while at BYU will make her professional road racing debut on Saturday. Now running for adidas, this will be only her second pro race after running the 3000m at the Millrose Games last month.

“I’m excited to compete here in Atlanta in my first road race,” said Morgan. I’ve loved the new and challenging transition of becoming a pro, and I can’t wait to get out and race again.”

The Northside Hospital Atlanta Women’s 5K will also feature four women with Atlanta ties. Johns Creek native Allie Buchalski will come home to run. The Furman University grad now lives and trains in Seattle, Washington. She was fifth behind Cooper in the 5000m at last year’s trials and has been racing the 1500m and 3000m indoors this season.

“Coming back home to race is always a treat,” said Buchalski. My family is still here and will be lining the course. I’m most excited about seeing my niece and having her at the race. She’s a little ball of light and energy that I love being around.”

Joining Buchalski for the hometown cheers will be Bridget Belyeu, Emma Grace Hurley and Joanna Stephens of Atlanta Track Club Elite. Belyeu recently placed sixth in the Publix Atlanta Half Marathon while Stephens placed ninth. Hurley is a Roswell native and former teammate of Buchalski’s at Furman. This is her first season as a pro.

The elite race at the Northside Hospital Atlanta Women’s 5K will be held on a criterium-style course prior to the citizen’s race. A prize purse of $13,000 is available for the top 10 finishers. A citizen’s race with nearly 2,500 participants will take place following the elite race and utilize the neighborhood streets of Summerhill as well as Cheney Stadium to cover its 5K course.

Atlanta Track Club is a nonprofit committed to creating an active and healthy Atlanta. Through running and walking, Atlanta Track Club motivates, inspires and engages the community to enjoy a healthier lifestyle.