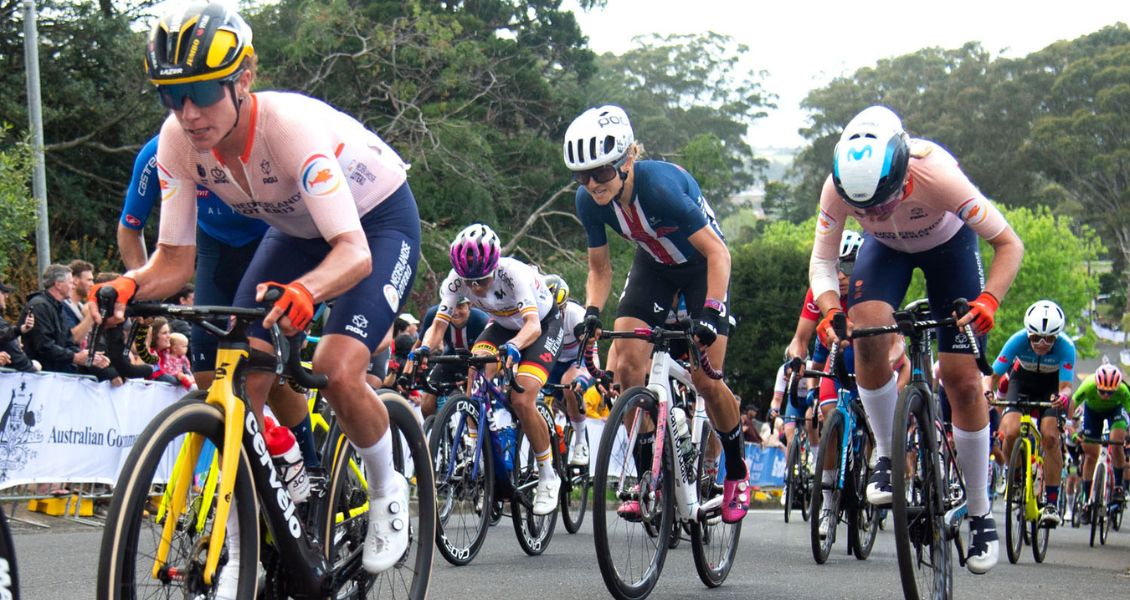 Scott finishes in the Top-30 for the Junior Women.

With 30 km to go, the skies opened up, vastly changing the conditions on the Wollongong loop of the course. On the penultimate lap, a lead group of six had 20 seconds on the chase of 14 riders, which included Ewers. As the riders went up the last climb of the day, the chase closed the gap. But the harmony didn’t last. With eight kilometers to go, another break took off made up of Katarzyna Niewiadoma (POL), Elisa Longo Borgini (ITA), Cecilie Ludwig (DEN), Ashleigh Moolman-Pasio (RSA), and Liane Lippert (GER).

The chase responded, looking strong, and with less than three kilometers to go, they looked like they might catch the leaders. Then, with only a kilometer to go, the groups came back together. The Dutch were the prominent team missing from any of the breaks in the day, but with the early attack, and no reaction from the rest of the riders, Annemiek van Vleuten (NED) jumped away with 600 meters left time trialing to the win.

Zoe Backstedt (GBR) attacked at 57 km to go and quickly increased her lead on the main group. Her move split the field into two groups, with the lead chase having 17 riders. Scott was the lone rider representing the red, white, and blue in the lead group. Patrick and Sarkisov were holding firm in the bunch about a minute back from Backstedt.

Backstedt kept her pace strong, and time trialed her way through the entire race, eventually winning, awarding her back-to-back world titles. After that, it was a sprint for the silver and bronze from the chase group. In the sprint, it was Eglantine Rayer (FRA) and Nienke Vinke (NED) leading the group, with Rayer taking the advantage. Scott was the top-placing American, finishing in the second bunch back, taking 26th.

Visit USACycling.org for more information about athletes, events, and membership programs. Follow @USACycling across all channels for the latest on Team USA.