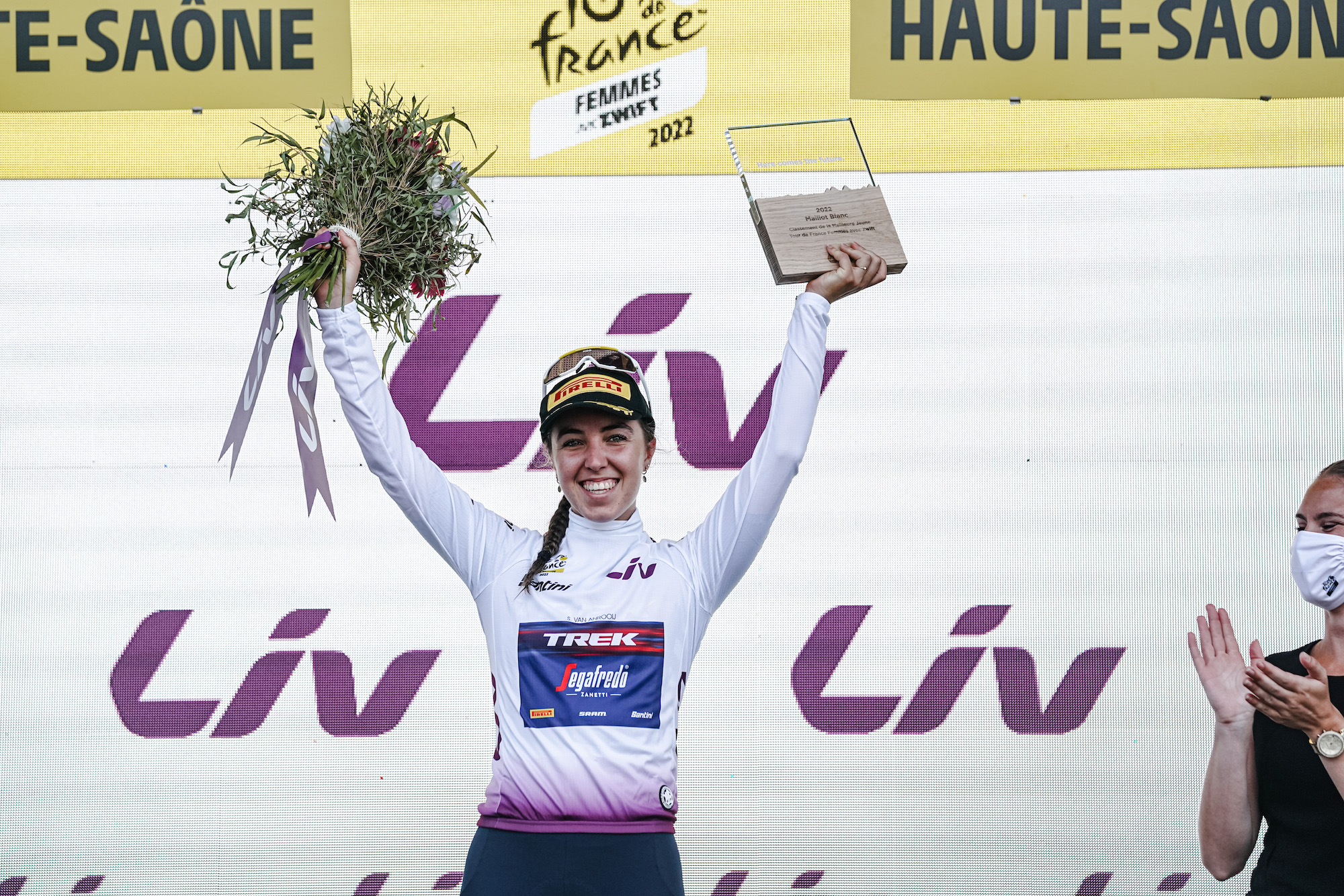 “As a brand working to elevate women in the sport of cycling, Liv was proud to sponsor the White Jersey at the inaugural Tour de France Femmes avec Zwift. Watching all of the professional racers compete in this historic event was truly amazing,” said Bonnie Tu, Liv founder and Giant Group chairperson. “Today we celebrate Shirin’s Best Young Rider Classification win which symbolizes the future of cycling and aligns with our mission to inspire young girls to get on a bike and pursue their own cycling dreams.”

Van Anrooij rode to the White Jersey win in stage 7 over a tough course where she finished 17th overall and gained more than a 5 minute lead over the second contender for the White Jersey, Mischa Bredewold of team Parkhotel Valkenburg. Van Anrooij ultimately held onto the win on the final stage 8.

Sponsoring the Tour de France Femmes avec Zwift is a natural extension of the Liv brand. Liv is the only comprehensive cycling company in the world that invests 100% of its resources into creating more opportunities for women in cycling. Liv sponsors professional athletes from around the world across four professional racing teams including WorldTour Teams: Liv Racing Xstra and Team BikeExchange-Jayco who also competed in the inaugural Tour de France Femmes avec Zwift.